Before talking about what is shaman? Most people who have doubts will be. I did not even know. shaman is a psychic in simple terms. It is a person who can bring down God and spirit to their body, communicate with them and tell them their words. 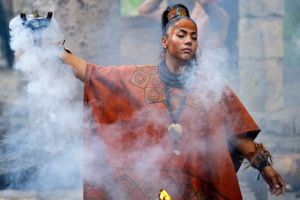 By the way, I am a doctor in my 50s who has a special skill different from an ordinary doctor. What is different? It is specializing in “to cure diseases that other doctors can not cure”. Naturally, my clinic is out of common sense. And those who have symptoms that can not be elucidated by medical science come from all over the country. That’s exactly what we can say as “a zoo of intractable diseases.”

Because I am a Western medicine doctor, I will cure such patients with western medicine technology called nerve block, rather than censure or prayer. It is a special doctor who cures various intractable diseases with one injection.

When about a year and a half passed in 2016,in the winter, the Shingon sect nun who suffered from low back pain and knee pain visited my clinic.

There was a believer of Shingon sect in my patient (Mrs M). And the nun was an introduction from that Mrs M. I was curious about her because I was listening to the story that Mrs M had “a nun has a magical superpower” story. I will ask and ask the nun (Mrs.O) during the treatment. 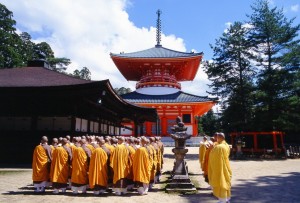 “Yes, I am treating people with intractable diseases many times,” she says.

“Er, is it true, how are you being treated?”

“I am praying to treat people with mental illness and cancer patients, some people have cancer disappeared,” she said shockingly. An ordinary doctor does not believe such a story, but I am a professional physician to cure intractable diseases. I experience everyday that difficult diseases can be cured by methods other than medicine. So I was able to accept that her words are “not a lie.”

I recently felt stalled in the treatment of refractory diseases. So I thought, “Is there any other way to cure it?” “I wanted to join hands with people who can treat intractable diseases.” The existence of a monk who can curtail intractable diseases with prayer was exactly my ideal supporter.

“I’d like to borrow the power of Mrs.O. I will only get patients with intractable diseases to my place and I would like to cure people with incurable diseases by any means.” Then Mrs O answered immediately “I’m OK.”

Well, after Mrs.O exited the clinic after her treatment, there was a shocking encounter with my wife who was accepting me (she was a secret that she is my wife).

As Mrs.M had said before, “Mrs.O is a wonderful monk”, she sent Mrs.O to the entrance as a VIP patient.

Then they are interested in each other. Perhaps I think that they were tied together. At that time, Madam seemed to feel that “Mrs.O has the ability to see the mind.”

Mrs.O spoke to Madam as if he knew everything.

“You are doing your best with the director, you are all acting as a member by one person, you are supporting all of this, have you had a lot of trouble with the launch of the clinic? It looks like you have a hard time being chased by the harsh medical examination every day. ”

Madam is not saying anything, but Mrs.O is surprised to find many things. Because I have not told Mrs.O that she is my wife. That’s why Madam should be seen only as a receptionist. However, as Madam is intuition, she immediately recognizes that this is her superior ability.

“Every day a truly incurable disease comes to the clinic, so I am doing my utmost to support patients who will come to the clinic,” Madam says. Then Mrs.O nods. Madam for some reason talks to Mrs.O for the first time.

“In fact, I’m having trouble with the atmosphere of the clinic recently, I feel that the physical strength and energy of two people are coming to the limit.Tense and stress are too strong …” Mrs.O nods again I will.

“There are a lot of two fighters …” Madam saw tearfully.

Mrs. O nodded as if he knew everything and grabbed her hand with both hands without saying anything. As you can see later, people with intractable diseases carry various bad moods (spirits), and that mind will transfer to the therapist. And it seems to make the therapist sick, make it feel bad, or get angry. At that time, we did not believe such a story at all. So we felt that fighting will happen because the personality of the two does not fit.

In fact, however, Mr. O says that Madam was very susceptible to mind flow and possessed by many bad mind flow (spirits). Mrs. O grasped her hand to pay for that evil. And Mrs.O chanted Madam more and strongly rubbed her strongly by hand from her waist toward her back.

It was then, Madam suddenly got the accident.

A lightning-like current ran in Madam’s body, a sense that her internal organs move on its own, and finally she took a shock as if something intense came through from the top of the head is. At this time, Madam seems to understand that Mrs.O is an ESP.

And Madam unexpectedly raised a surprise voice. Her tears are overflowing and it will not stop. Madam bowed at Mrs.O with a thank you “Thank you very much” many times over and over. Mrs.O who saw that figure told Mrs. M gently afterwards that “It is a very good child.”

After he sent off Mrs O, Madam looked back on what happened now.

“Although the current ran in the body, the dull pain of the left hip originally was not taken out, so that current did not take a body pain, what was that?” 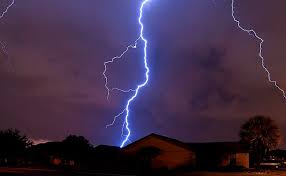 At this time, Madam had no idea what this mysterious experience means. But it took two weeks to find out that this unleashed her spiritual ability.

One day when the dusk came down, Mrs. O came again to my clinic for treatment. She said thankfully to me that she became easier to cast sutras.

Well, my block injection hits the sympathetic ganglia from under both ears, but I take a break from 5 to 10 minutes after I hit one side. But during that break Mrs. O was dubiously moving the left hand. I thought that something was wrong with her, I asked her.

“I feel something.” I did not understand the meaning of her words.

“I understand, this is Mrs.A.” A is the name of Madam.

“I found Mrs.A to be the reason why I felt bilberated at the end of my hand, she is very strong.”

I will chew the neck. But Madam looked back towards Mrs.O

I said “Why me?” And came up to me. Then Madam looked surprised and said:

Then Mrs.O smiled a smile.

“Well (laugh). There is a flame on the back of Acalathe God of Fire, you say that you feel that flame.”

I did not understand the meaning of the conversation between them. According to the story I asked Madam later, whenever Mrs. O’s hand slowly moves, warmth and soft things are released from that hand. It was a sense that only two people resonating.

Mrs.O caught a sudden question to Madam who was surprised and approaching.

“Mrs.A, where is your birthplace? How did you feel when you were born?”

“I was born in Kyushu, in fact I was born in a premature baby who weighs only 2000 grams, and birth was difficult.

At that time the facilities of the hospital were not well developed. Therefore, it seems that premature babies were difficult to develop properly. Since I was the first child to my parents, I heard that he was brought up very carefully. “Madam replied. Mrs.O

“I think that the prayers of your relatives and parents at that time were very strong, because the gods in Kyushu are so powerful that the Acalathe God of Fire is responding to that power.”

“Oh, is that so? I was told by the doctor,” This child may be a serious illness in the future, I do not know if it grows healthy even if it grows up. ” It seems that milk which makes me drink even after discharge was very high special milk. My grandmother and my parents became very nervous and they all seemed to hold me holding a mask. My parents house is located in the immediate vicinity of Kasuga Shrine. I grew up playing well at the shrine since I was a little. Madam said, Mrs O

“That is it, God at that time strongly protects you, sooner or later you should visit that shrine,” she advised Madam.